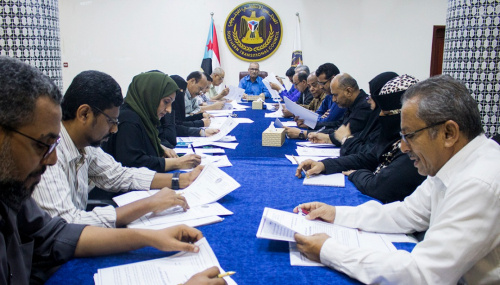 The meeting reviewed a report on the economic situation submitted by the Economic Department, which included the economic issues and the latest developments in governorates of the South during the month of August, 2022.

Likewise, the meeting discussed two reports submitted by the Martyrs and Wounded Department and The political Department on the implemented activities and the related organizational tasks during the second quarter of 2022.

Similarly, the meeting stood before the developments in the capital, Aden and other governorates of the South, as well as topics related to the activities of the General Secretariat's departments, as suggestions that can lead to boost and upgrade the workflow were presented.