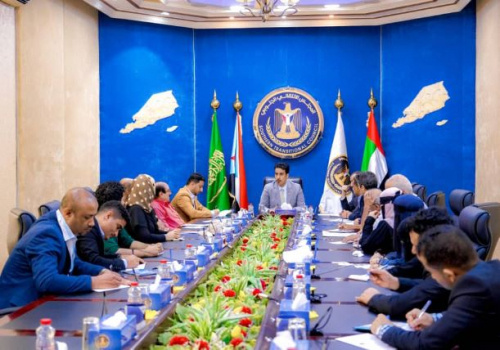 Mr. Mohammed al-Ghaithi, head of the General Directorate for Foreign Affairs (GDFA) of the Southern Transitional Council (STC), chaired, on Sunday, in the capital Aden, an expanded meeting of the GDFA, at the begining of the meeting, Mr. Al-Gaithi conveyed them greetings of the president Aidarous Qassem Al-Zubaidi, President of the STC, Supreme Commander of the Southern Armed Forces, stressed his interest and personal follow-up to the external political action.

In the meeting, which was attended by deputy head of the GDFA, heads  of departments, responsible employees, advisers, representatives and directors of its offices abroad, the GDFA stood before developments in the political situation in the South and the entire region in light of the changes that resulted from Riyadh consultations and achievements made at the political level.

In the meeting, director of the GDFA Mr. Al-Gaithi reviewed details of the political stages that the STC has gone through since signing Riyadh Agreement, reaching to Riyadh consultations sponsored by the General Secretariat of the Cooperation Council for the States of the Arab Gulf (GCC), from which a new political leadership has emerged, and in which the STC participated as a pivotal party.

The meeting discussed re-developing plans of the GDFA for the next stage in line with the political changes on the ground, where Al-Ghaithi affirmed supporting of the STC to the Presidential Leadership Council, and stressed that the stage calls for solidarity of all and unifying positions towards common files with the other political forces, foremost of which is peace and stability, and finding ultimate solutions to the economic situation.

Al-Ghaithi pointed out contributions of the GDFA's cadres to the results that have been achieved, stressed the need to continue to represent the cause of people of the South before the regional and international communities in an honorable manner, and to double efforts to achieve more political presence abroad for the cause of people of the South, indicated modernizing mechanisms of the external political work to ensure ability of the directorate to keep up with this extremely important and exceptional stage.

At the end of the meeting, Al-Ghaithi listened to constructive interventions from team of the directorate, which included ideas to boost work of the GDFA and cope up with the political evolvements in the country. The meeting also discussed a number of files related the administrative and political issues and took the necessary measures in such regard. 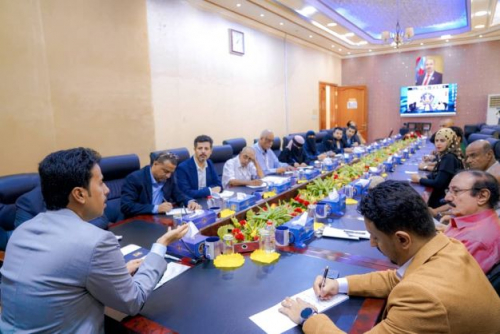 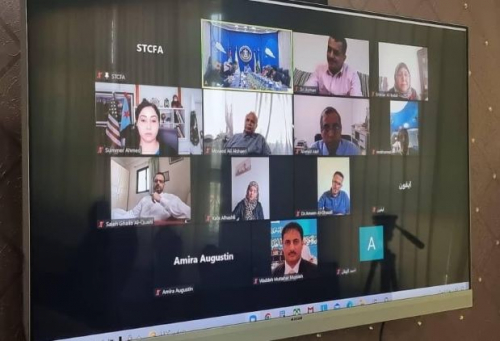