Under patronage of President Al-Zubaidi.. Celebration in Aden the capital on occasion of 16th anniversary of southern reconciliation and tolerance

Under patronage of President Al-Zubaidi.. Celebration in Aden the capital on occasion of 16th anniversary of southern reconciliation and tolerance 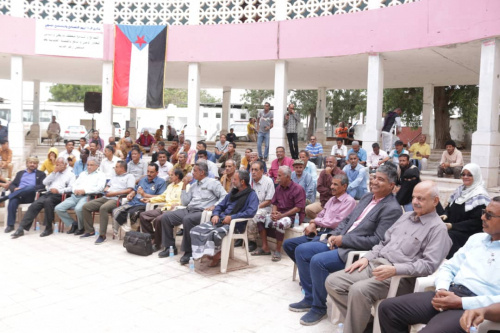 The capital, Aden, on Thursday, witnessed a speech and artistic celebration marking the 16th anniversary of the Day of Southern Reconciliation and Tolerance, organized by the General Federation of Southern Trade Unions under the patronage of President Aidarous Qassem Al-Zubaidi, the President of the Southern Transitional Council.

The celebration began with a recitation of the Holy Quran and the southern national anthem, and then the participants stood for a minute of silence to read Al-Fatihah for the souls of the martyrs of the South, after that Eng. Nizar Nasser Haitham, member of the Presidency of the Southern Transitional Council, Head of the Transitional Council Executive of the Capital, Aden, deliered a speech at the beginning of which he conveyed the greetings of President Aidarous Zubaidi for those present.

In his speech, Haitham pointed out that the memory of reconciliation and tolerance is a defining moment and a historical turning point in the lives of southerners, and a seed planted by loyal and honorable people and reaped by the south today in its political, diplomatic, and military victories.

The Head of the Transitional Council Executive of the Capital, Aden, during his speech, congratulated the people of Shabwa governorate for the victory of the Southern Giants Brigades and the liberation of the districts Bayhan, with the unlimited support and backing of the coalition countries led by the Kingdom of Saudi Arabia and the United Arab Emirates.

A speech of the General Federation of Southern Trade Unions was delivered at the celebration by Mr. Sami Khairan, Head of the Federation, in which he indicated that organizing this ceremony at the union historic building in the capital, Aden, comes from the fact that the union movement is one of the tributaries of national action and supports the freedom of the people of the South and their right to restore their land with its complete sovereignty.

Khairan pointed out that the Day of Reconciliation and Tolerance came as a culmination of the great suffering experienced by the people of the South in the various stages of their struggles, and then launched in one row, embodying the noblest forms of cohesion and solidity in the face of the enemies of the South.

Speeches of the branches of the unions, and the Supreme Military Authority of the Southern Army and Security were also delivered at the celebration.

The celebration was attended by Mr. Issam Abdo, Deputy Head of the Transitional Council Executive of the capital, Aden, and Mr. Abdul Rahim Al-Jawi, director of the district of Al-Mualla, and Mr. Kutbi Omar Kutbi, director of the district of Al-Tawahi, and Major General Saleh Zanqal, head of the Supreme Military Authority of the Southern Army and Security, and political, social, and security figures from the capital, Aden. 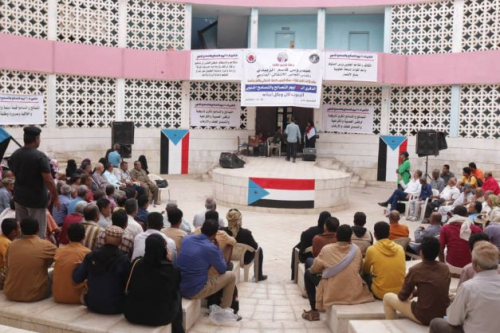 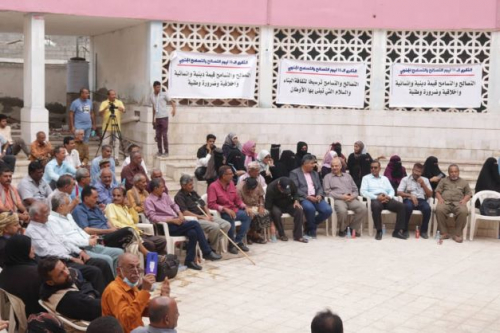 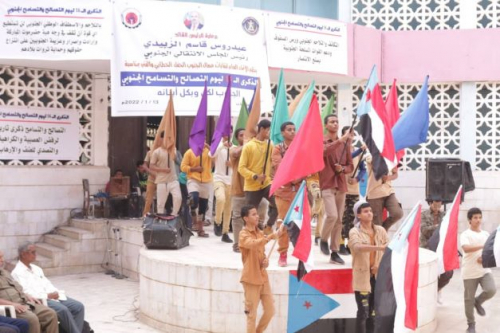