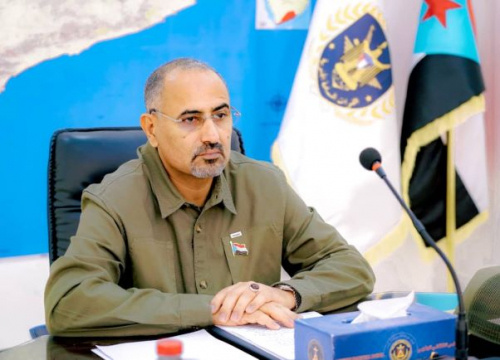 The President of the Southern Transitional Council, Supreme Commander of the Southern Armed Forces, President Aidarous Qassem Al-Zubaidi, chaired, today, Wednesday, in the capital, Aden, the periodic meeting of the military and security commanders.

The meeting stood in front of the mass events and marches rejecting the economic siege policy and the war of services that the people of the south suffer from.

In the same context, President Al-Zubaidi stressed the importance of the active role of the people in confronting all forms of wars and its merchants, and the centers of influence, and conveying the feelings and demands of the southern street to public opinion and international institutions.

President Al-Zubaidi added: "What is happening in the southern streets indicates the vitality and revolution of the people and their resistance to all methods of starvation and the attempt to humiliate and break the national liberation will by the practices of merchants of war and terrorism."

At the same time, President Al-Zubaidi saluted the protesters, stressing the importance that their peaceful protests be accompanied by a civilized behavior that embodies the values, principles and ethics of the people of the south and their revolution, which the world knew as the first peaceful revolution in the Arab world, warning against using such legitimate activities for non-national goals or to settle political gains, or fabricating chaos, sabotage and destruction of public and private property.

President Al-Zubaidi also called on security forces to protect and secure these protests, protect public and private interests, and not to tolerate intruding elements who are seeking to disrupt these legitimate protests from its peaceful path and divert their demands, stressing the importance of firm legal dealings with such elements.

President Al-Zubaidi pointed out that security was found to protect the homeland and the citizens, as legitimate national tool to combat crime and suppress criminals, noting that the security man is part of the southern national social fabric that suffers from this tragedy that our people have experienced for many years, but he will remain, despite all these difficulties, bearing his responsibility to protect the security, achievements, and gains of the people.

In conclusion, the meeting listened to two detailed reports presented by two heads of the committees of restructuring southern armed forces and security units, besides presenting the Chairman of the Supreme Economic Committee of the Southern Economic Council a detailed explanation of the committee’s work with military and security units and the results of their implementation of assignments in this regard. 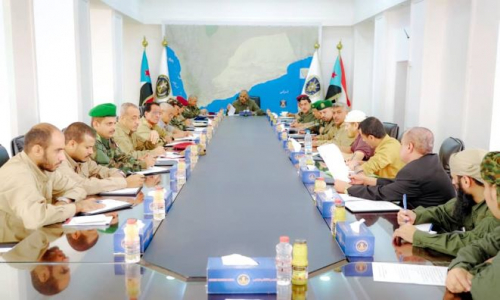 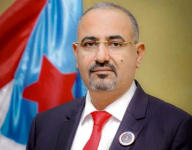