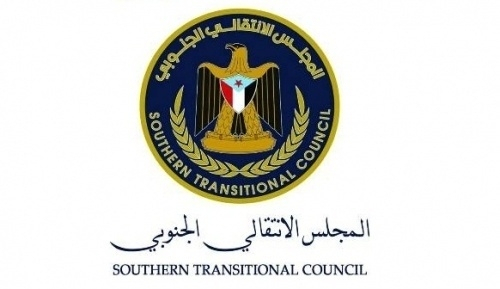 The Human Rights Department in the General Secretariat of the Presidency important statement regarding violations of Brotherhood militia against peaceful demonstrators in Shabwa governorate, here it is:

Statement regarding the events in Shabwa

We followed with interest and concern the unfortunate events that took place in the southern governorate of Shabwa on Wednesday, July 7, 2021, and what resulted from the brutal acts of repression committed against civilians who came out to express the "issue of their homeland" on the anniversary of Land Day, which led to the fall of a number of wounded and kidnapped.

Southerners were scheduled to go out in all rural cities and towns on the 7th of July, the Land Day, which is an occasion on which Southerners have been going out to demonstrate their adherence to their right to restore their national state.

Shabwa, in its various cities and countryside, was on a date with this occasion, "Land Day", but from the first hour in the morning of Wednesday, July 7, the ruling authority of Shabwa governorate deployed more of its forces in various cities and rural towns to prevent southerners from demonstrating peacefully on this occasion.

At one in the morning, these forces began storming the event platform in the town of Arma, of Shabwa governorate, Al-Saeed, and other areas.

At six in the morning, the forces of the Shabwa Authority began firing indiscriminately at vehicles carrying civilians on their way to the squares designated in advance for the demonstration.

At nine in the morning, the widest repression with medium weapons was launched, and shots were fired with the aim of "killing" civilians, which resulted in a number of wounded.

The Human Rights Department, as it follows up on these tragic events and through its field teams, confirms that the security services of the repressive authority of Shabwa have arrested leaders, including the head of the local leadership of the Council in Ataq and his deputy, in addition to dozens of activists, civilians and children, for whom the full statistic of those arrested was not known, and many of them are still missing.

The repressive security services in Shabwa have committed violations, not only in attacking peaceful demonstrators, but also in cutting off roads for travelers between cities, and preventing citizens from transporting their patients to hospitals in the city of Ataq, the center of the governorate.

The repressive forces in Shabwa also committed violations by storming citizens’ homes and intimidating women, children and the elderly, claiming to search for wanted men and kidnapping civilians who had nothing to do with the demonstrations, in which these forces carried out an operation that disturbed public peace and provoked terror among civilians.

The Human Rights Department of the General Secretariat of the Southern Transitional Council, which continues to monitor violations in Shabwa, confirms that what happened "on Wednesday, the 7th of July (mentioned in advance), is a clear and explicit violation of human rights and freedom of expression guaranteed by all parties, and international and local conventions and provisions of the International covenant on civil and political rights, and the right to peaceful assembly and the right to demonstrate peacefully.

The Human Rights Department calls on the Office of the High Commissioner for Human Rights in the capital, Aden, as well as local, regional and international organizations concerned with human rights to condemn this arbitrary and immoral act, which contradicts international human rights covenants, and stresses the importance of rapid and immediate intervention to release detainees and arrest all those involved in committing these brutal massacres against civilians for a fair trial, and confirms the right of southerners to prosecute all those who committed crimes or violations against their people and their cause, which does not have a statute of limitations.

https://en.stcaden.com/news/9749
You for Information technology