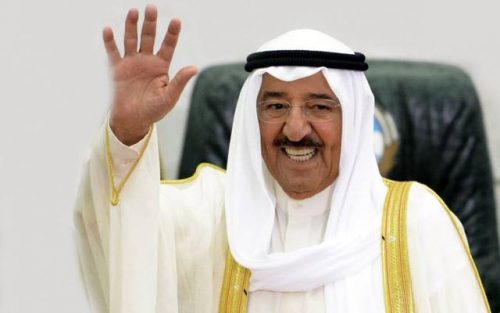 The President of the Southern Transitional Council, President Aidaroos Qasim Al-Zubaidi, mourned in a statement the death of the Emir of Kuwait, His Highness Sheikh Sabah Al-Ahmad Al-Jaber Al-Sabah, who passed away on Tuesday.

The President expressed the deep sadness and sorrow that have received on the news of the death of His Highness Sheikh Sabah Al-Ahmad Al-Jaber Al-Sabah, the Emir of the State of Kuwait, conveying on behalf of the leadership of the Southern Transitional Council and the people of the South, the most sincere and warmest condolences to His Highness Sheikh Nawaf Al-Ahmad Al-Jaber Al-Sabah, and through him to the dear people of Kuwait, asking Allah to bless the late Emir with mercy and forgiveness, and to dwell him in paradise, and inspire his family, his people, and his loved ones all patience and solace.

https://en.stcaden.com/news/9295
You for Information technology