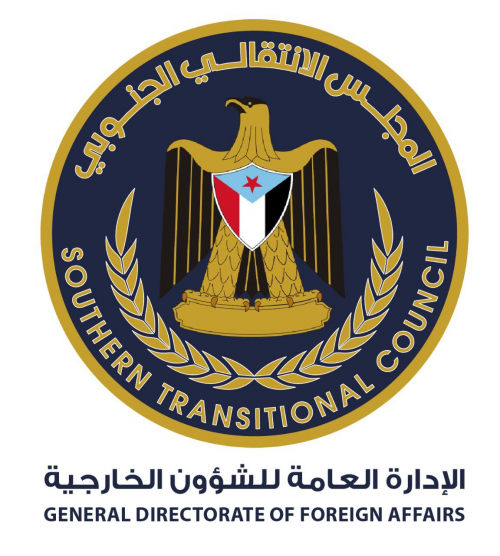 The General Department of Foreign Affairs of the Southern Transitional Council issued a press statement regarding the brutal attacks by terrorist groups affiliated with the Islah Party against the people in Nissab district of Shabwa governorate, as follows:

The General Department of Foreign Affairs of the Transitional Council expresses its censure and condemnation of the repressive measures and grave violations committed by militias and armed groups operating under the Yemeni government in Shabwa governorate.

These militias that belong ideologically to the Muslim Brotherhood, carried out a number of political assassinations, and extrajudicial killings, in addition to the  security breakdown and the return of terrorist groups after their control of the province, and the departure of the Shabwani elite forces that worked to establish security at high standards that the citizens missed in Shabwa.

These forces have acted to suppress, kill, and enforce disappearances, and it has been shocking that the violations of these militias of occupation have reached advanced levels of crime and practice of terrorism, through barbaric artillery shelling on populated areas in Nissab district, which comes after a siege imposed on the district for three days, and the shelling continues until this moment, causing killing of civilians with children among them, and injuing others, some of whom are in critical condition.

These violations come after popular and peaceful calls for the people of Nissab district, that askinng for accountability for the killers of the martyr Talal Farid Areeq Al-Diouli, who was killed in cold blood without any legal justifications, in addition to the killing of another civilian in Jardan district of Shabwa governorate.

We are in the Southern Transitional Council, and in addition to our censure and condemnation of what is happening, we call on the international community and in particular Arab coalition countries to assume their responsibilities towards what is going on, and we also call on civil society organizations, human rights, and permanent members of the Security Council to stop these brutal attacks and violations against civilians, stressing at the same time that these crimes will not be subject to statute of limitations.

https://en.stcaden.com/news/9194
You for Information technology