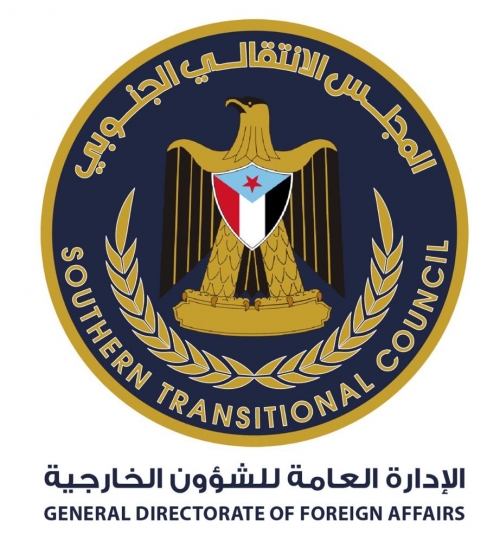 [01 May 2020] The Southern Transitional Council declared a state of emergency and self-administration across South Yemen the aim of which is to protect civilians and restore and manage state facilities and institutions.

We did not take this decision lightly, but it became necessary to ensure the protection and administration of the South, which was subjected to wilful neglect, mismanagement and collective punishment by successive Yemeni governments. As the Southern Transitional Council, we are responsible for the citizens of the South and for their safety and protection, as well as the protection of those from other areas who are living in the South. In the current circumstances, we are committed to ensure the stability, safety and humanitarian well-being of the South and we have directed our efforts and resources to this task.

Recently, in particular, the Government of Yemen has undertaken a policy of collective punishment against the Southern People. Civil servants’ salaries have gone unpaid and the government took systematic measures to deteriorate and close basic services such as drinking water and sanitation facilities throughout the South. Recently, electricity - the final straw - has been shut down on top of a long list of measures designed to subdue the people of the South. The situation became more acute after the April 21 deadly flash floods that devastated Aden, in addition to the threat posed by the Covid-19.

In parallel, rather than ensuring basic services and protecting Southern civilians from the impact of the flash floods and Covid-19, the Government of Yemen has lost its legitimacy in accordance with the Riyadh Agreement and pursued a military strategy through military escalation against Southern forces, in coordination with extremist elements allied to it. This has put the urgent response plans for Covid-19 at risk. In recent weeks, through our private and public diplomatic activity, we have raised the alarm about these government actions which directly threatens the stability and security of the South and this was evident in our recent message to the countries sponsoring the political process, members of the Security Council and the Special Envoy on Friday, April 17 2020. The government has violated everything stipulated in the Riyadh Agreement to which we committed in good faith, and it undermined efforts to resume the UN-led political process. Therefore, the Government of Yemen no longer has the mandate or legitimacy to administer the South. Its track record of powerlessness, corruption and collective punishment could no longer be tolerated.

With this in mind, the Southern Transitional Council has an obligation to intervene to take full responsibility for governance and the provision of basic services to the people of the South.

Experts and technicians are already working to reconvene state institutions in the South that were deliberately closed in recent days, as well as direct their resources to serve the people.

Our goal now is to work for the South, with all officials, segments of the Southern community, and civil society organizations to achieve a collective vision for the Southern People. Our action today is a clear rejection of the current catastrophic situation in the South, whose roots go back to the forced unification in 1990 and the unjust civil war of 1994. However, we still intend to work for a just and sustainable political solution to the Southern People’s Case and to achieve that through the United Nations-led political process. Our case has not been properly defined and so far excluded as well as the absence of any international guarantees to clearly address our legitimate concerns in all Yemen's related UN resolutions and international consultations since 2012.

It is therefore of critical importance to include the Southern People's Case in the United Nations-led peace process. The Southern Transitional Council reiterates its support for this approach, and we are ready to engage meaningfully towards a negotiated settlement - and this will only be achievable if our voice is properly represented and we are included to participate in the United Nations process.

https://en.stcaden.com/news/9154
You for Information technology