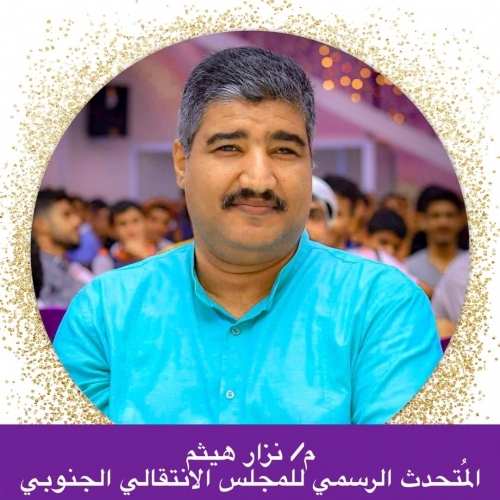 In continuation of its unstoppable violations, the Muslim Brotherhood kidnapped the head of the local leadership of the Southern Transitional Council in Shabwa governorate, Sheikh Ali Mohsen al-Sulaymani, in a barbaric and unjustified behavior, upon the directives of the head of Military Operations and the military governor of Shabwa governorate.

In the face of this barbaric behavior, coinciding with international efforts and calls to calm down and stop the hostilities, which have been welcomed by the Transitional Council and committed to with respect to the exceptional circumstances experienced by the world threatened by the deadly Corona pandemic, the Brotherhood confirms its tendency and terrorist behavior opposed to all peace and calm efforts.

In the face of this terrorist act, the Southern Transitional Council, expresses its condemnation for the continued behavior of repression and terrorism practiced by the authorities of the occupied Shabwa governorate against southern leaderships and activists, and its violation to all international human rights covenants and constitutions, as well as international humanitarian law.

In the same time, the Southern Transitional Council warns Shabwah authorities of mistreating or compromising the safety of the leader al-Sulaymani, as the Council calls on the Arab Coalition to work to stop these actions that aim to push the Transitional Council to react to the exploding the situation, in which Sheikh Al-Sulaymani was kidnapped at a time of his heading calmness endeavors, the Transitional Council calls on the Yemeni government, and through its various apparatus, to take all steps that guarantee the liberation of Sheikh Ali Mohsen Al-Sulaymani and to ensure that this barbaric behavior will not be repeated.

https://en.stcaden.com/news/9135
You for Information technology