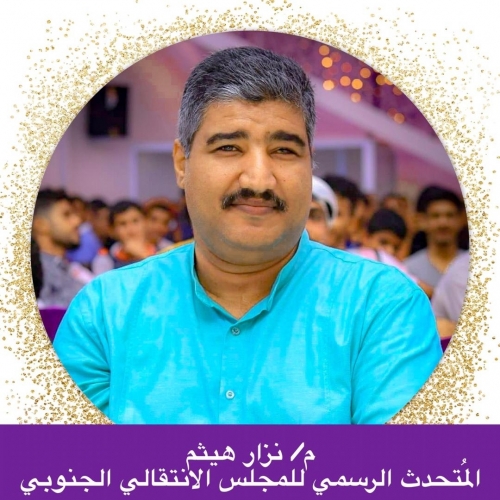 The Southern Transitional Council confirms that it is not involved in the so-called work of the meeting currently taking place in the Belgian capital, Brussels.

The Transitional Council pointed that its official no participation has been done after contacting the office of the UN envoy which denied sponsoring or arranging any southern meeting in Brussels.

The Transitional Council will continue to encourage and support any meetings that could serve the unity towards the restoration of sovereignty over its land and building the civil southern state, and the meetings organized by the European Peace Institute and other centers and organizations are considered personal choices and endeavors that we respect but it's not binding in its results especially when these meetings involve mystery and lack of clarity in the visions and goals of some of the invitees.

The Transitional Council also reaffirms that all efforts are currently focused on implementing the outputs of the Riyadh Agreement, which signed with the Yemeni government under the auspices of the brothers in the Kingdom of Saudi Arabia, and with the support of the international community.

https://en.stcaden.com/news/8948
You for Information technology