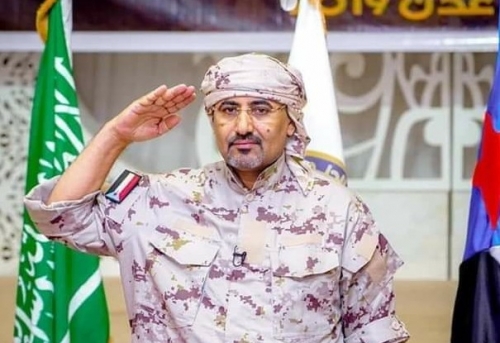 The President of the Southern Transitional Council, Supreme Commander of the South Armed Forces, President Aidaroos Qasim Al-Zubaidi, on Tuesday have a phone call with the head of the Joint Operations Room in Dhali province, Brigadier Abdullah Mahdi Saeed, congratulating him on the military victories achieved by the Southern Armed Forces in ​​Al-Fakher northwest of Dhali.

President Al-Zubaidi praised the combat positions of the heroes of the southern armed forces in defeating the Iranian-backed coup militias.

President Al-Zubaidi also talked to the military commanders in the front, praising their victory, and stressing that their efforts and championships shape the future of the homeland.

The President commended the support of the Arab coalition forces led by Saudi Arabia and the United Arab Emirates, stressing on the strategic partnership with them till eliminating all threats and risk.

https://en.stcaden.com/news/8845
You for Information technology