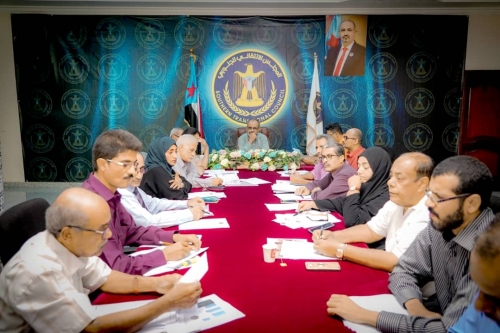 The meeting discussed preparations for the celebration of the 14th of October Revolution, which will be held next week, and its accompanying political, cultural, artistic, sports and national activities.

The heads of the General Secretariat departments presented their final reports on the program of the event as an important National Day for the southerners.

In the meeting, Al-Jadi said: "The revolution of October 14 is inspiring for the southerners to continue their struggle for their right to restore their sovereign and fully independent state,".

Al-Jadi stressed on the importance of the southerners to unite on one word by inspiring their unity in the struggle against the occupier in the past for the restoration of their state.

The meeting also reviewed a number of topics on its agenda and reports on the work performance and level of implementation of the Departments during the past week.

https://en.stcaden.com/news/8844
You for Information technology