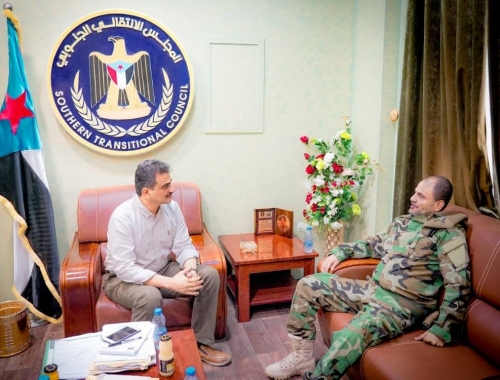 The Secretary General of the Presidency of the Southern Transitional Council, Ahmed Hamed Lamlas, met on Wednesday, Major General Shallal Ali Shayee, Director of Security in Aden the capital.

Shallal briefed the Secretary-General on the security situation in the capital and the efforts of the security services and police departments in all directorates in imposing security and stability, and in combating crimes and arresting those involved in acts of sabotage and perpetrators of crimes.

Major General Shallal Ali Shayee previewed the efforts of the security services and traffic police in controlling unnumbered cars and stressed on the owners of cars to adhere to procedures followed for numbering their cars to reduce security breaches and to facilitate and assist the security services in their duties to combat terrorism and extremism.

https://en.stcaden.com/news/8840
You for Information technology