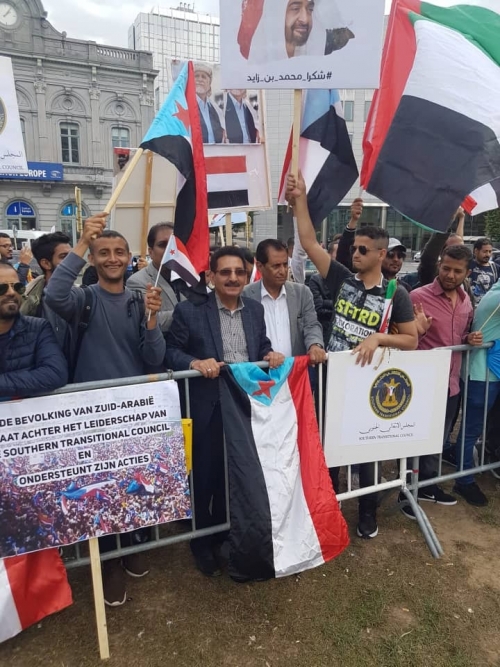 The Belgian capital, Brussels, witnessed on Friday, a major stand before the European Parliament organized by the southern communities in the European Union countries, in support of the Transitional Council, and to express gratitude to the Arab Coalition countries led by Saudi Arabia and the United Arab Emirates.

The participants in the event condemned the terrorism of the Brotherhood's militias and the other terrorist organizations such as Al-Qaeda and ISIS, which are under the cover of the so-called National Army, and issued a statement in this regard.

https://en.stcaden.com/news/8812
You for Information technology