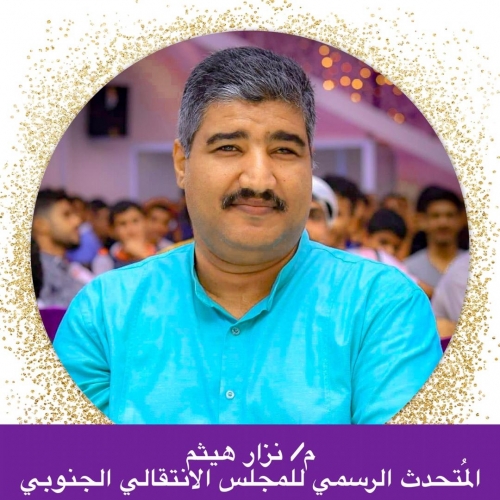 In the midst of the unfortunate events and unjustified military attacks by the forces that belong to the so-called legitimate government, which directed their heavy gunfire towards civilians and intimidate innocent people in Shabwa governorate, instead of to be directed towards the Houthi enemy, and for the magnitude of the terrible loss in life, money and utilities, and to avoid the risk of miscalculation, the Southern Transitional Council out of its responsibility as mandated by the people, the Transitional Council calls on all parties in Shabwa to show restraint and abide by the ceasefire called for by the Arab Coalition leadership to ensure the safety of coalition forces in the province.As the Transitional Council makes this appeal, the Council calls on all southern forces to remain in their positions and maintain public and private institutions and properties.At the same time, the Transitional Council warns any force attempt to attack coalition forces, and the Council asserts that they will be subjected to the responsibility before the Southern Transitional Council.The Southern Transitional Council also welcomes the invitation of the Custodian of the Two Holy Mosques King Salman bin Abdulaziz Al Saud, and the efforts of Saudi Arabia for the dialogue between the Yemeni parties to achieve the aspirations and hopes of the Yemeni people, and that the Southern Transitional Council is ready for this dialogue with all credibility.The Southern Transitional Council affirms that recent developments have proved beyond doubts that the South must have full and fundamental representation in any future negotiations led by the United Nations,to come up with solutions that guarantee a sustainable peace of this important region for the world in accordance with international laws and regulations that guarantee the right for all peoples of self-determination,and as per the Declaration of Principles of the International Law concerning Friendly Relations and Cooperation among States in accordance with the Charter of the United Nations, adopted by the General Assembly on 24 October 1970 (and General Assembly resolution 2625 (25d))which has proved that the fulfillment and respect of the right of peoples to self-determination contribute to the establishment of friendly relations and cooperation among States and to the promotion of international peace and security.

https://en.stcaden.com/news/8781
You for Information technology