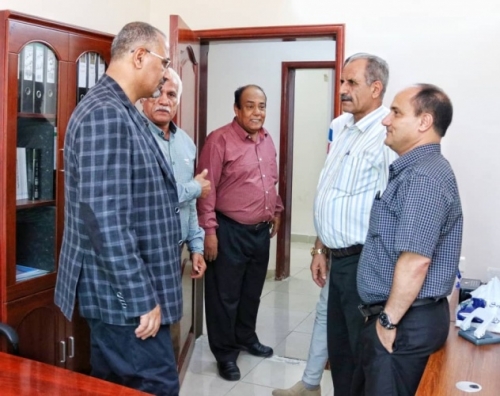 President Al-Zubaidi toured the General Secretariat and met with the heads and staff of the Secretariat's departments who briefed him on the most important aspects of the work plans of their departments in line with the requirements of the next phase.

President Al-Zubaidi in his visit congratulated the staff of the General Secretariat on the occasion of Eid Al-Fitr, wishing them all the success in the tasks entrusted to them.

For their part, the staff of the Secretariat expressed their happiness for the visit of President Al-Zubaidi, congratulating him on Eid Al Fitr, showing their appreciation for his interest and care in the General Secretariat, its staff, and its work flow.

The President of the Southern Transitional Council also paid a similar visit to the National Assembly of the Southern Transitional Council, inspecting the progress of its sectors and departments, in which he praised the level of operation and discipline in the National Assembly, stressing on the importance of the commitment of the staff to continue to carry out their tasks positively.

https://en.stcaden.com/news/8678
You for Information technology