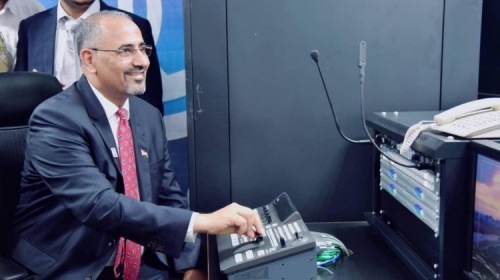 The launch of these two channels comes to provide a national, transparent and honest message that enhances the southern Arab identity, and to fight the ignorance, illiteracy, and extremism, and seeks to play its societal role by embracing citizens' concerns and to contribute in all live areas and ensuring decent living.

The spokesman of the Transitional Council Eng. Nizar Haitham said that the launch of these satellite channels intended to strengthen the presence of the southern media to be compatible with their actions on the ground and will take the southern issue to higher level that reflects the vision of the Transitional Council for 2019 as the year of empowerment.

The spokesman of the Transitional Council stressed: "AIC channel will start on news and political analysis, and AIC2 channel will be launched soon and will be dedicated to youth, culture, and art, and then will be followed by a third channel that will be the mouthpiece of our south with the community view and will be aimed at the brotherly and friendly Arab peoples.

AIC channel can be followed on Nilesat satellite on the frequency 12188, horizontal polarization, and 27500 encoding rate.

https://en.stcaden.com/news/8641
You for Information technology