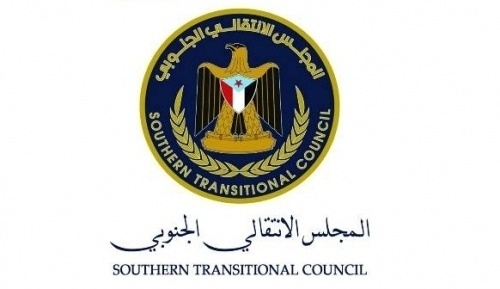 Southern Transitional Council follows with responsibility continuous and vigorous efforts the events of the political process based on its keenness as an active partner in the peace process and at a sensitive historical moment in which a just peace is expected to be achieved in Yemen and effective solutions have to be achieved following the repeated failures of all previous dialogues and consultations. But the scene of failure is repeated in a bleak form that predicts of new conflicts through the Sweden's consultations without touching the reality or understanding the real situation.

Repetition of errors and insistence on stickling over the just cases, especially the southern issue, fabrication of excuses sometimes and adherence to the flimsy arguments which are contradict with the right approach and the establishment of the solid future pillars, to achieve the lost peace that everyone is looking for away from touching its objective facts and the essence and roots of the Yemeni crisis in its proper form from its real causes.The Southern Transitional Council and the general people of the South believing that peace is the right path to resolve the differences, and this is what we have already exercised and spoken and moved towards in interaction with the efforts sponsored by the United Nations in Yemen, and treated positively with the UN Envoy avoiding to enter into any conflicts or confrontations despite all the provocations practiced against the southern people since the liberation of the south from the militias of Houthi, and endeavored to bring peace and tackle the southern issue and put real solutions consistent with the aspirations of the southern people. But ignoring to invite the Southern Transitional Council to participate as a key and active participant in Sweden's consultations is to close the ways of consultations to a just case that no one can overpass or circumvent as long as it is a just case and protected by the will of God and the will of free people. Therefore, the Southern Transitional Council emphasizes the following:

- The southern issue is a matter of homeland, state and identity, and no solution to the Yemeni crisis without enforcing the will of the people of the South, and exceeding it means to exceed the most important bases, obligations and pillars of peace, because there is no peace without the South, as it was emphasized by the UN envoy in his first briefing to the Security Council, and then he was subjected to pressure and extortion from the legitimate government and the Houthis.

- We reject the deliberate and irrational absence of the South in the consultation of peace and confidence-building measures, as it considered the basis for subsequent peace processes, and considered it inconsistent actions to achieve a just peace, but repetition of the old and failed methods that provoked wars by dividing solutions and the dwarf of peace and siege it between two opportunistic parties, who were the cause of war and destruction and marginalized the issue of the south, which is the key solution to the Yemeni crisis.

-We regret for the response of the regional and international mediators to the extortion of the legitimate government and the Houthis and their insistence to ignore the southern issue and to not involve the Southern Transitional Council to participate in the consultations of Sweden, where they bear full responsibility for any repercussions or consequences of its failure and the relapse of the peace process in Yemen.   -The consultations of Sweden or any other consultations without the presence of the southern issue representing by its legitimate representative the Southern Transitional Council, the results will be not obligated on the people of the South or their case. Any solutions that detract the legal aspirations of the people of the South or falsify their will will be resisted by our brave people by all means and options whatever it will cost.   -We renew our call to all active parties in the peace process to respect the sacrifices of the people of the South and to deal positively with their demands and aspirations as stipulated in all international laws, charters and treaties as it has the right to get its political merits to restore their independent state and their right to self-determination. We also call the International Society to broach an investigation on the crimes and massacres committed against the people of the South since 1994 and the forces of the Sana'a regime is continuing it against our southern people till now.   -We call all the national forces throughout the southern territories to unite their ranks and stand together and to show wide-awake to resist all methods to be taken to restore the south to what it was before March 2015.  -The Southern Transitional Council and under the popular authorization granted to it reserves the right to take appropriate measures to face any emergencies or threats or intimidation targeting the south, and to protect the will of the people of the South and it’s just case.  -We affirm all peace endeavors that preserve the right of the southern people to achieve its aspiration and its aim to restore its independence and its sovereignty on its land, and call all to respect the will, martyrs and sacrifices of the southern people, and not to comply to any arrangements that would re-produce the cycles of conflict and return the conditions of the country to the beginning point.

https://en.stcaden.com/news/8470
You for Information technology