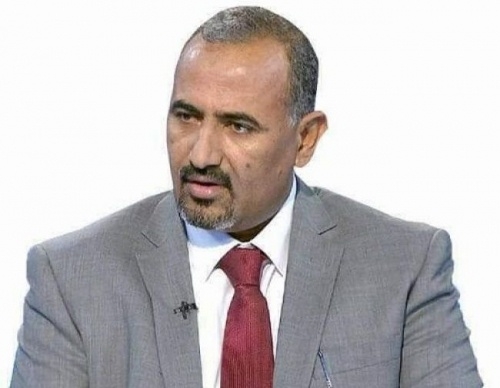 The president of Southern transitional Council, Eidaroos Qasim Al-Zubaidi stressed that the military operation in Hodeidah has begun and will continue.

In an interview with Reuters, President Al-Zubaidi pointed out " The civilian lives are very precious and all the coalition’s operations in the air and sea are taking into consideration the civilian casualties, but the military operation has begun and there will be no going back,”

Al-Zubaidi added: “In all the wars across the world, there is always humanitarian suffering. But we are looking beyond the liberation of Hodeidah which will be in the interests of the city’s population”. “The battle of Hodeidah is continuing and the war is not over.” Al-Zubaidi said.

The president of the Southern Transitional Council characterized the fighting around Hodeidah as “hit-and-run style with the enemy, and the resistance forces with all their factions have fought heroically.”

Al-Zubaidi dismissed suggestions that the aim of resuming the offensive was to put pressure on the U.N. envoy over the peace talks. He said he supported the talks but they should include the southerners who claim freedom and independence because they control the ground.

“Talking to people who do not control the ground is like getting locked in a vicious circle,” Al-Zubaidi said, adding that talks should lead to a referendum on self-determination for the south.

https://en.stcaden.com/news/8377
You for Information technology