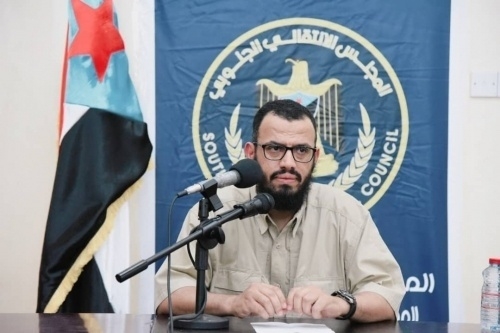 The Vice President of the Southern Transitional Council, Sheikh Hani Ben Brik, said that (Al-AMALIKA = The Gaints) brigades fighting in the West Coast, are with the independence of the south.
Sheikh Hani said that "He is not the leader of the brigades", stressing that the brigades have their field commanders and commanders of operations, and they are from the southerners. They also have leaders from the Arab coalition, and "as he's honored by Allah, they all consider Hani Ben Brik in the place of their father" .. I say to the Raufids and the Islamic brotherhood entity and who has a doubt disease in his heart "Die in your own rage".The vice president of the transitional council said that the brigades of "Al-AMALIKA" have their own pure southern political leadership that believes in the South's right to get its complete independence,  adding that " There's nothing like the good intention, so do what you want and let them understand you as they do."

https://en.stcaden.com/news/8371
You for Information technology