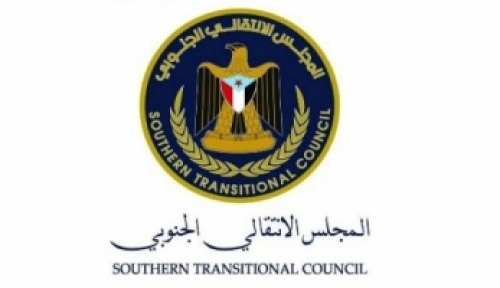 A statement addressed to the southern people at home and abroad;

We stand today in front of a number of political, economic and security challenges embodied by the accelerating events on the southern national scene, and the choking economic crisis that Aden the capital and the liberated southern provinces go through, that requires a southern unified national stand, in addition to the file of the South cause, and what we have reached through our recent meetings with the United Nations represented by the Special Envoy of the Secretary-General, Mr. Martin Griffiths. Accordingly, we would like to declare the following:

The Southern Transitional Council has made great peaceful efforts to explain to the concerned various regional and international parties the situation of the South case, and transferred the aspirations of the southern people and their goal of finding a fair solution to be chosen and decided by the southern people, and we have made good progress in this.

After a few days, we met Mr. Martin Griffith for the second time in Jordan, where he said during the meeting that he succeeded to include the South cause in the priorities of the peace process as a necessity according to the ground reality.

His office clarified the need for the Southerners to be a major part in the beginning of any negotiations, but the UN Special Envoy got surprised by the reaction of President Hadi, through which he expressed his full rejection of any presence of the issue of the South at the negotiations table in Geneva, and Hadi clearly said that the legitimacy will withdraw from the negotiations if the South cause and the Southern Transitional Council included.

The same condition the Houthis stated to come to Geneva. Accordingly, we emphasize the following:

- We have not been the cause of this war, but it has been imposed upon us, and we have become a major party in it, and it cannot be stopped without us.

The Special Envoy has moved away from the reasonable path of getting a resolution as a result of Houthis and the legitimacy pressure, so Mr. Martin Griffith bears full responsibility for what is coming in the next phase.

- We call on our great South people to express their rejection and boycotts for any consultations or negotiations that will jump on their aspirations and deliberately ignore them, marginalize and eliminate their history.

- We call on them to come out from all regions of the South to express that in all peaceful ways.

The place and time will be determined by the local leadership of the Council in each governorate.

- We assure that the continue of any attempt to jump on the reality of the south, or twist on the issue of the people of the south and their sacrifices will be doomed to failure.

- We call on all southern leaders at home and abroad to define a clear position before the people of the south for what is happening.

- We assure the countries of the Arab coalition that as the extent that we are committed to supporting them in defeating Iran's arm in the region, we will defend by all means our national cause and our southern people and our political future from the tamper of the legitimacy and the threats of the Houthis.

This destructive and deliberate crisis that is sweeping on the south is the result of the continued failure of the corrupted government, ،and its goal is to subjugate the southerners and push them to give in all their fair dreams and legitimate aspirations, since this corruption is practiced only in the south. Accordingly, we would like to stress on the following:

- Our affirmation on the right of the southern people to express their rejection and anger peacefully, and we confirm our stand, our support, and our full participation with the side of the people in one row, and we adopt with responsibility the demands of the people in all peaceful ways and means.

-We will protect and defend the people, and we will not allow the demonstrators to be harmed or exposed in any way, and we call on our people to preserve their national institutions.

- The Southern Transitional Council stresses on the continuity of the peaceful popular movements, and confirms that all options remain open, and we call on the great southern people to be on the alert.

At the end, we send tribute to all the sons of our southern people who are steadfast in the frontlines and in the squares.

Mercy and forgiveness for our righteous martyrs

Glory and eternity to our brave southern people

https://en.stcaden.com/news/8354
You for Information technology