Ben Brik: “We Will Participate in Upcoming Peace Settlements and We Will Support Peace Efforts That Neither Oppress Our Southern People nor Contradict with Their Freedom 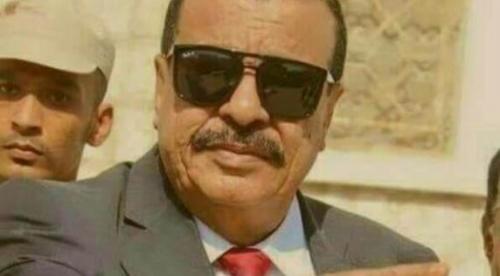 General Ahmed Said Ben Brik, chairman of the national assembly of the Southern Transitional Council, indicated that the council will participate in upcoming peace settlements in Geneva for permanent peace in Yemen.
In a phone call with Sputnik, a Russian media agency, on Tuesday August 28th, 2018, Ben Brik said that the national assembly held an extraordinary meeting a few days ago to discuss indicators of Geneva talks as five members were chosen to participate in upcoming talks of political settlement. He added that he previously met UN envoy to Yemen and recognized well Mr. Griffith’s vision.
Ben Brik asserted full support to all efforts seeking permanent peace in the country on condition that they neither oppress the southern people nor contradict with their freedom. He also indicated that the Arabs have political powers and strategically significant zones that will help them get of of these crises.
Ben Brik referred to the pursuit of the council to protect international trade in Bab Al-Mandeb asserting that without the south this trade will be at risk. He added that recently, pirates tried hard to control ships and shortly after, a few numbers of pirates managed to control navigation in Aden Gulf. Therefore, a strong independent state in the south will secure international trade and eliminate piracy in the southern Red Sea, according to Sputnik.

https://en.stcaden.com/news/8352
You for Information technology