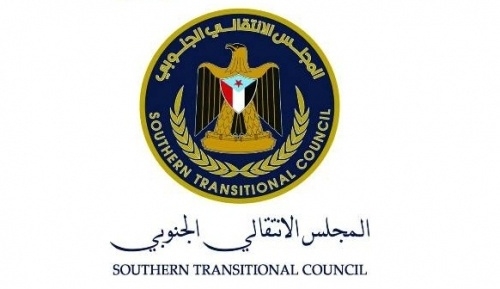 The Southern Transitional Council issued an important statement regarding the latest developments on the crisis of the southern island of Socotra, it reads as follows:

During the past three days, the Southern Transitional Council followed with great attention the crisis in the southern island of Socotra and the statement issued by the Yemeni government and the incorrect allegations about "sovereignty" in a desperate attempt to hide the real reasons of the crisis.

The Southern Transitional Council confirm that Socotra is a southern island and welcome at the same time the great developmental role played by the Arab Coalition led by Saudi Arabia and the United Arab Emirates in the liberated governorates to support the stabilization of security and stability and to support the economic and humanitarian projects.
The Council stresses the need to secure territorial waters and sea navigation routes against any infiltrations of terrorist forces, mainly the Muslim Brotherhood.

We also hail the inhabitants of Socotra province for their popular support for the Arab Coalition in the face of biased media campaigns funded from abroad to distort the role of the Arab Coalition and the achievements they made to confront the Iranian and terrorist projects and their tools in Yemen.

The Southern Transitional Council confirm that fabricating these side battles by the Yemeni government sometimes in Socotra, sometimes in Aden and other southern provinces, reveals clearly the relentless pursuit of the centers of influence and wickedness in particular the Muslim Brotherhood and those who stand behind them to dominate and to seize the country's capabilities and resources and to fortify their centers of influence.

Issued by the Southern Transitional Council
On Monday 7 May 2018
The Capital Aden.

https://en.stcaden.com/news/8336
You for Information technology