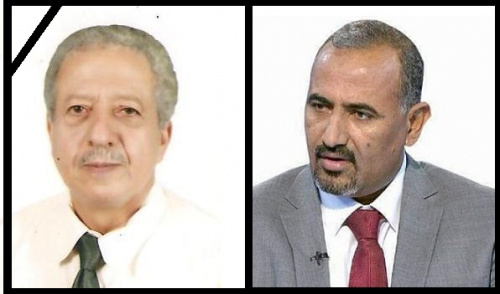 The president of the Southern Transitional Council. Major General\ Eidaroos Qasem Al-Zubaidi, sent a cable of condolences to the family of the leader in the Southern Peace Movement and the Southern revolution – Dr. Saleh Yehya Saeed, who died after a sudden chest ulcer.

In his cable, President Al-Zubaidi expressed how big is losing such revolutionist personality, who was well known in the southern arena for his activities since the beginning of the southern revolution till his death.

The cable asked Allah to get mercy and forgiveness on the deceased and to grant his family, friends and comrades the patience on his death.

President Al-Zubaidi renewed the emphasis on continuing the march of freedom and independence that the deceased used to go on.

https://en.stcaden.com/news/8144
You for Information technology