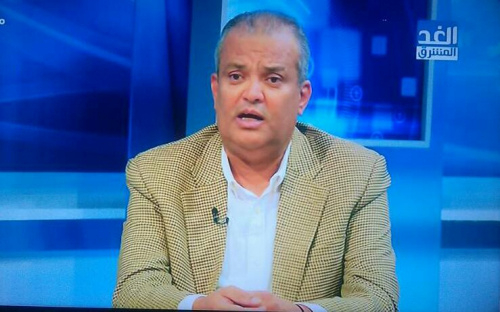 Member of the Presidency of the Southern Transitional Council - Head of Information Department Lutfi Shatara, announced that the next step of the council in the near future would be establishing a Consultative Council consisting of 230 members.

In his appearance this evening in the weekly program "Qadayana - Our Issues" on "Al Ghad Al Mashreq" channel to talk about the expected scenarios at a general level in the country during the new year 2018, Shatara said that the Southern Transitional Council is currently moving as a political power representing the South and the southerners, especially after the establishment of the Council's bodies and institutions, represented by the National Assembly, the STC provincial headquarters and the STC tour to the liberated governorates , headed by President Aidroos al-Zubaidi..

He made it clear that all these moves are meant to restore and build a modern southern state, based on the popularity of  the STC's leadership to achieve the goals of the South and the southerners, especially the "State of the South", for which the southerners offered great sacrifices since the launch of the Southern Peace Revolution, adding that the southerners have a cause which they fought and sacrificed for until they achieved it by liberating their land, unlike the Houthi militias who do not have any political project except a sectarian one.

Shatara commented on the attempt of the official Houthi spokesman Muhammad Abdul Salam ,who attempted to flirt with  the Transitional Council and the southerners by claiming that remnants of their militias are still based in several southern provinces and broadcasting false statements declaring that the southern troops advance toward Al-Houthi stronghold in Saada (Yemen's far north), the West Coast fronts and the province of Hodeidah (north-west Yemen).

Shatara replied by saying, ‘If that is the case then why did the Houthi militias invade Aden and the south in the first place? The southerners have liberated their land from those militias and our  southern people will have their representative as soon as this war is over ‘ ,by that statement Shatara has denied  both sides ,the Government and the Houthis a chance to worsen the political scene .

He criticized the exploitation of human suffering and the practices of the United Nations’ representative to Sana'a, considering them a political violation aiming to save the Houthis at a time when they are under intensified military pressure.

He wondered, ‘What's the point of the Yemeni legitimate government in appointing a minister of transport to the government who is against the practices of the Arab coalition countries?

This minister, without any doubt, will use his ministerial powers inappropriately and will miss use its funds, he doesn’t have any agenda put forward to resolve any crises, notably solving the issue of the oil derivatives and energy.’  He added that it is the legal government’s responsibility to manage those issues in cooperation with the Arab coalition and it is the government responsibility to solve those crises and not to wait for the Arab coalition to solve them because of their failed policies.

Shatara reiterated that the Southern Transitional Council has no enmity against the legitimate government and its President Abd Rabo Mansour Hadi, in contrast, the changes on the ground are proof that the situation requires a southern leadership ,which already exists and is represented by the Southern Transitional Council under the southern popular mandate declared on the fourth of May 2017.

He assured that the solution to the Yemeni crisis and to the Iranian project is a military one, excluding any political solution especially after a war , which raged between both sides ,that resulted in great human and material losses.

https://en.stcaden.com/news/8104
You for Information technology