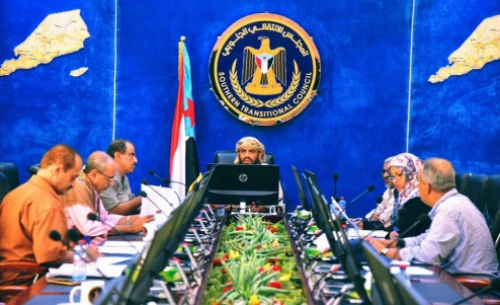 The Southern Transitional Council accomplished the final preparations for celebrating the 50th anniversary of the Independence Day the 30th of November which due to be held on Thursday at Aljunaidi Square in Crater- Aden.

In its meeting today under the chairmanship of the the vice president of the Southern Transitional Council, Sheikh Hani Ben Brik, the STC presidency reiterated its call to all the people of the South to mobilize to commemorate the Independence Day and to send a clear message to in and out of the country that the southerners are on their way to restore and rebuild their own state.

The STC presidency confirmed the importance of the unity of the southerners and the need to stand together as one to thwart all the plots machinated against the South and to deliver the southern voice to the failed government that the people and the cause of the South will prevail over all the challenges.

The STC presidency renewed its stance by all the the southern social categories to confront all the crises arose from the government failure which is deemed to have a negative effects such as rampant corruption, spreading out of fuel crises, absence of basic services and delayed payment of salaries which consider the only income for many families.


https://en.stcaden.com/news/8032
You for Information technology