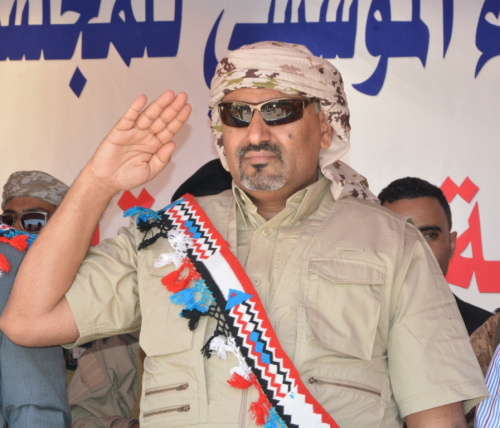 President of the Southern Transitional Council Aidros Al Zubaidi called on all the people of the south to rally and participate at the celebrations of the 50th anniversary of the 30th of November independence day which will be held at ‘Martyr Khaled Aljunaidi Square’ in Crater- Aden.

Al Zubaidi also called on the businessmen and interpreters and those who have the financial means inside the country and abroad to participate and take part through providing financial support for the committees who are planning the celebrations programs. He asked them, each within his province, to donate funds to pay the costs towards logistical support to transport the people from the other governorates to join the festivities in Aden.

He stressed on the importance to concert efforts of all the southerners from Al Mahara to Bab el Mandeb (Mandeb Straight) to work with high spirits and as one. To ensure that the celebrations go as planned which is typical of the southerners since the first spark of the revolution of the southern Hirak on the 7th of July 2007, against the Northern regime.

https://en.stcaden.com/news/8031
You for Information technology