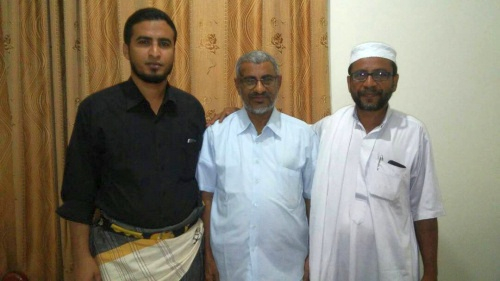 At the outset of the meeting, Bamo'alem welcomed the members of the department, congratulating them for gaining the confidence of the STC presidency and conveying to them the greetings of His Excellency President Aidroos Qasim al-Zubaidi.

Bamo'alem touched on the role that the Southern Transitional Council would play during the next phase after having accomplished the organizational structures of the Council, represented by the Southern National Assembly, which is the highest legislative authority at the level of central constituencies,local headquarters and executive bodies of the governorates.

Bamo'alem made it clear that the general strategy of the Guidance Department aims at building a good southern generation to contribute to building the South and making steps towards the sustainable development that leads to progress, construction and prosperity of the homeland away from destructive ideas that lead to violence, extremism, regionalism and terrorism.

From their side, the members of the Department presented a number of remarks related to activating the work of the department with an institutional system to guarantee the success and achievement of all the objectives of the department general strategy at the level of the governorates and districts of the Arab South.

The meeting confirmed that the Guidance Department will focus on educational, awareness, intellectual and guiding aspects and fighting extremism and terrorism.

https://en.stcaden.com/news/8030
You for Information technology