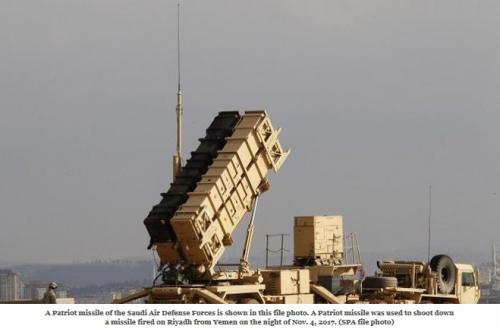 The Southern Transitional Council issued a strongly worded statement condemning the attempted ballistic missile attack by al-Houthi-Saleh militias on Riyadh the capital of Kingdom of Saudi Arabia on Saturday night adding that such practices is exactly what terrorist groups are doing to disrupt security and stability in the South, Yemen and the rest of the world.

The STC statement pointed out that al-Houthi-Saleh militias work in coordination with terrorist groups in Yemen supported by religious political parties , without taking care of the efforts of the Kingdom of Saudi Arabia and the coalition countries to bring peace and end permanently the crisis in Yemen.

The statement also said that the al-Houthi-Saleh militias launched repeated attacks on populated civilian areas in Saudi Arabia's Jizan and Najran, they even went on to passed beyond all the limits by targeting the holiest parts on the earth, the Qiblah of Muslims. this foolishness committed by al-Houthi-Saleh militias is a consequence of the continued flow of arms from Iran which demand from the international community to assume its responsibilities towards such acts and to punish Iran for funding militias that threaten the security in the region.

The statement confirmed the STC full support to the Kingdom of Saudi Arabia and all the countries of the Arab Coalition in confronting the Iran-backed militias and at the same time the statement reaffirmed the STC rejection to Qatar's support for extremist groups in particular the Muslim Brotherhood .

https://en.stcaden.com/news/7992
You for Information technology