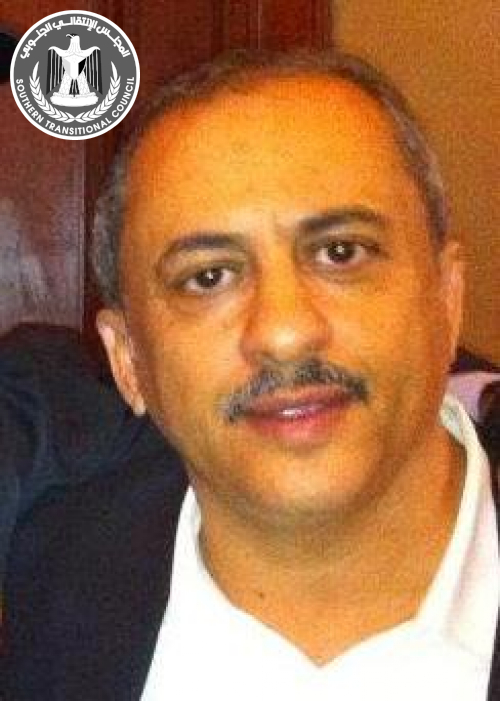 Southern military and political leaders in Aden formed Hirak in 2007. The peaceful protest movement aimed to call attention to the exclusionary policies of northern tribal elites who dominated many key government and military positions following Yemen’s unification in 1990 and the civil war in 1994. Immediately after unification, the process and the new unified state was internally threatened by the struggle between Saleh and Albeedh. The Saudi leadership at the time encouraged the attempted failed secession in 1994. After failed attempts to secede during the civil war in 1994, the Hirak movement spread east from Aden to al-Mahra and began to attract attention to broader grievances such as the appropriation of southern land and resources. This helped build secessionist sentiment across the South. However, the secessionist sentiment is still most popular in Aden and southwestern cities, where residents hold fond memories of their socialist past and some even long for the return of the British empire. Since the establishment of the Southern Transitional Council and their recent visit to Hadramaut, Shabwa and Mahra the support for Hirak has significantly increased.

South Yemenis in the majority in the Hirak movement share a common desire for independence from a centralized state and there are some who advocate for a federal state in Yemen. In reality, the two main current power centers in North and South Yemen are as we speak the Houthis in the North and the Hirakis in the South. In my opinion Saleh and Hadi, in reality, have very little effective control on the ground and the attention given to them by the international community and the media is exaggerated, to say the least.

The Houthis and Hirakis were both politically and economically marginalized in their respective areas of the country by former President Ali Abdullah Saleh, who sought to limit the power of those who might pose a threat to the ruling General People’s Congress. Saleh cracked down on the Houthis due to their desire to influence politics in Yemen and outspoken criticism of the relationship between Saleh and the United States. Hirak was marginalized because of Saleh’s distrust of southerners and their desire for more influence and their region’s abundant resources, which were exploited to keep his regime in power. Both faced violent military crackdowns, but Hirak’s confrontations with the military pale in comparison to the six Saada Wars. There is enough evidence to suggest that the Hirakis initially sympathized with the struggle of the Houthis and their criticisms were for a while directed towards Saleh's regime.

Hirak’s relationship with the Houthis soured when the latter’s forces began laying siege to Southern towns in pursuit of Hadi, who resigned on January 22, 2015, before fleeing to Aden in February. The Houthi’s were seen as invaders of southern territory and this was too reminiscent of previous hostilities, particularly the war of 1994 against the South. The Hirak as a response fought back joined by the Saudi coalition forces. As a consequence, the Houthis were militarily defeated in Dhala and Aden. The Houthis were clearly defeated by the southerners mainly because the population in the south was politically psyched up to defeat what they saw as another invasion of the south. The group’s motivations for fighting the Houthis is rooted in a desire to defend the south against yet another instance of aggression, not to return Hadi to power as the international media seemed to suggest.

Hadi is keenly aware of the risks a strengthened Hirak would pose to his ability to reestablish political order and is attempting to balance the scales by appointing prominent southern figures to positions of authority, such as his appointments of various Southern governors while making vague promises of future concessions. The appointments helped Hadi maintain this tenuous relationship, but the flags of the former People’s Democratic Republic of Yemen continued flying across southern Yemen suggesting that aspirations for Southern self-determination are far from quelled. Hadi as a consequence recently removed from posts prominent leaders of Hirak including the governor of Aden, Shabwa and hadramaut which further angered the Hirakis and as a consequence has led to the establishment of the Southern transitional council STC. For the first time in ten years of struggle, the Hirakis have finally established the STC to represent their aspirations for the future and for the first time they have one central leadership and command structure. All be it the STC does not enjoy the support of a limited number of people in the resistance movement nor any support or recognition from Hadi's government.

It is important to point out that the Hirak has never been as cohesive a movement in the same way as the Houthis. It is comprised of ideologically and politically fragmented factions that frequently quarrel over whether outright secession or an independent southern federal region would be best for the south. However, the countless demonstrations that have occurred since 2014, including a massive rally held on October 14,2016 and in 2017 to commemorate southern Yemen’s independence and the establishment of the STC, serve as evidence that southern Yemenis, despite Hirak’s internal fractures, are in the main now united by a shared past and vision for the future. There is also a consensus amongst the Hirakis that the National Dialogue Conference is no longer a viable tool for resolution of the conflict and is not the only game in town as was the case prior to the war in 2015.

As the war rages on in Yemen, the alliance between Hadi and Hirak has become more tenuous and possibly their relationship has broken down. Hadi will try to hold the alliance together by appeasing prominent southern figures. The hirakis through the STC are likely to create conditions for secession by attempting to effectively DOMINATE SOUTHERN TERRITORY and their collective desire for self-determination will remain and will prove to be a major stumbling block if future peace negotiations do not fully address southern grievances. As the UN begins again to establish the terms of an agreement between the different groups in this conflict. The pressures on the Saudis to hold the Hirak-Hadi alliance together will be difficult as their relationship has become fractured and with very limited trust despite statements stating otherwise.

The relationship between Hadi and the Hirak deteriorated mainly because he sacked the governors that he felt were becoming too powerful in the south and were critical of the high level of corruption with Hadi's government.The UN should and must find a way of engaging the STC in the political negotiation process to avoid repeating the same mistakes made in the flawed agreement and National Dialogue Conference that followed Yemen’s Arab Spring uprising in 2011. It is my opinion that the UN should give the same attention to the Hirakis as they do to the Houthis to establish real peace in Yemen.

hile Hadi and the Saudi-coalition may be able to prevent secession, southerners are not going to abandon their vision of southern independence for a deal that leaves the northern political structures intact and grants southerners meager concessions.Hadi and Saudi Arabia thus far have made it clear that they are intent on upholding the 2011 Gulf Cooperation Council initiative, the outcomes of the National Dialogue Conference, and U.N. Security Council resolutions. By leaving Hirak out of future talks in my humble opinion risks future turmoil with a now a more determined and much more organized and confident -hardened Hiraq.

The Southern case is clearly complex and a resolution to the Yemen conflict without a solution to the Southern issue will only serve to reproduce conflict at a later stage. The Saudis and Emiratis will need to quickly strike a deal with the STC and Hadi that can address some of Hirak’s grievances but any future international political settlement will need to go beyond a hasty agreement to end the war. It is essential that a post-conflict settlement addresses the grievances unique to Southern Yemen and Hirak and engages them throughout the process. Yemen is of strategic importance to the United States and other world power and their engagement in the peace process will become critical.

https://en.stcaden.com/news/7990
You for Information technology