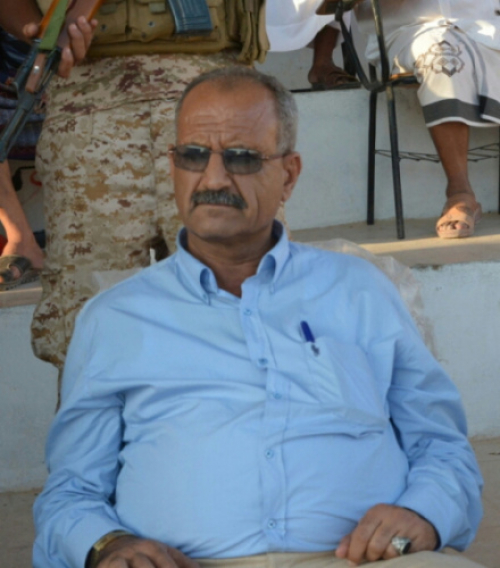 On the security issue he said , ‘Security is an integrated system in the Ministry's of Interior and it is top of its agenda due to its  importance  in terms of receiving support .In Al Dhalea the  security situation is no different from other provinces except the additional  role of the security belt which is  not include us as yet.

What were your reasons for withdrawing your recent resignation?

Serving the people under these circumstances is more superior to resigning, serving the families of the martyrs and the wounded and strengthening cooperation with organizations which offer medicines and relief is better than nothing.

Do you agree with the financial support you receive from the government?

In all honesty we do not receive any support from the government therefore I cannot give appositive answer.

How can you evaluate the level of services in the governorate?

The services depend on what we receive from the organizations from assistance in health, education and in relief anything else doesn’t exist because the government has other strategies.

Lately you accompanied the STC tour in Hadhrmout and Shabwa , what is your assessment of the council during the last period ?

The STC is a result of a long period of struggle which the ‘Hirak’ has been going through and the victory of the resistance in Black July is proof of that struggle. Therefore the STC is considered a positive step in uniting the southerners; we have to accommodate it to reach our goals in reclaiming our state.

What is the solution for south in your opinion?

The solution stands in what the southern people want.

Where have you reached in the issue of uniting the military with the resistance?

They have been integrated which leaves three thousand who haven’t been included yet.

You have been a victim of an attempted assassination in the past, do armed groups still exist in Al Dhalea ?

Al Dhalea is, like the rest of the governorates, it suffers from armed groups and princes of war due to the lack of the government institutions such as the military and security institutions.

What is the latest news on the fighting in north Dhalea,are there still concerns of the return of the Houthi militias ?

They  have attempted many times but the power of the resistance in Murais is strong and has foiled those attempts. The last attempted was a fortnight age when the Houthi militias tried to sneak into Yaees front in Murais where the resistance where able to prevent them from moving forward.

https://en.stcaden.com/news/7989
You for Information technology