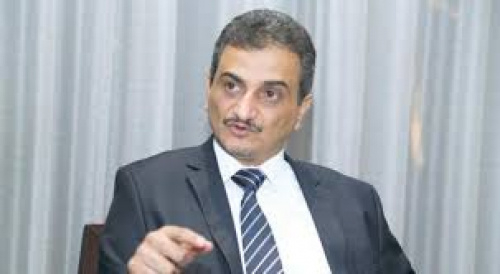 Member of the presidium of the Southern Transitional Council Ahmad Lamlas, said that the visit of the members of the STC to a number of the southern governorates which included Shabwa ,Hadhramout and Al Mahara , was aimed to  complete establishing the foundation  of the STC.

During an interview on ,’Al Ghad Al Mushreq ’, he said ,’ The popular escalation will not succeed without completing the foundations and structure  of the STC in all the southern governorates and  each stage has its characteristics. The STC continued inaugurating its national assembly administrations in Attaq the capital of Shabwa governorate where the people of Shabwa welcomed the initiative which was reflected in the reception and celebrations that were held in Azzan city.’

On the issue of the six regions he said. ‘It is ‘Unacceptable ‘due to the failure of the outcomes of the National Dialogue, which was held in Sanaa  in 2013, a failure which ended in the  war against the people of the south in 2015 . Therefore it is difficult to talk about pre war issues because those who represented the south in the dialogue have derived their consent from the people ,consequently they can not contradict  the  people’s needs and wishes , which is  to reach to an agreeable  solution on the southern issue’, affirming that the people respect those who lost their lives and lively hood for the sake of a better future.

Lamlas praised the latest visits by the presidium of the Southern Transitional Council to the  southern provinces of Shabwa , Hadramaut and Mahra, the largest geographical area which is the richest  with oil wealth in the south and the longest  border areas with neighboring countries.

He said, ‘There is a lot of ambiguity from the legitimate government, the STC is a product  of a series of struggles of the southern movement and  Hirak’, acknowledging that  the STC hears some ‘ voices’  which come out from  within the southern background  but in the end everyone agrees on the same objective which is self determination. Emphasizing  that the power which controls the land  and the movement ‘Hirak’  is part of the Southern  Transitional Council, who are  partners in achieving  the target ,confirming  that the members of the STC presidency have dedicated themselves to the southern issue .

He assured that the STC will stand by President Abulrabo Mansour Hadi but the disagreement is with those who are using the legitimacy as a weapon against the people of the south, adding that the government is an executive body required and expected to serve the peoples’ interests but unfortunately more than three years have passed since the liberation war has ended and the capital Aden is still living in darkness and is lacking  vital public services . ‘There are deliberate attempts to create those problems and obstacles by the ‘Yemen Brotherhood’ and war mongers who are investing this war against the people of the south’ accusing them from preventing president Hadi from communicating with the STC, confirming that the people have great faith in the success of the council because it is their advocate.

He explained, ‘ What is happening in the south is a crime against the people and that it isn’t difficult for the STC to take over the situation in Aden, the popular escalation to overthrow  the government is a clear message to president Abdulrabo M. Hadi demanding  him  to  withdraw powers from those who are around him’,assuring that the members of the STC presidium do not aim to be members of the government themselves  but will nominate appropriate southerners to be in the new  government and the STC  was focusing on establishing a new political establishment which supports the legitimacy  and the Arab coalition in how to  administer the southern governorates .

He clarified , ‘We were removed from our public duties as governors of southern governorates and we were forced to chose between our positions as governors  or between the STC we opted to remain members of the STC , now we are in a much stronger position as we are free from the chains of the legitimate government’s  responsibilities’.

Adding,’We are working effortlessly to establish a complete Southern Transitional Council, an entire southern establishment and rebuilding a national leadership for all the southern governorates. This work was not prepared  randomly , those efforts were accompanied by political programs which  were  at hand .This  month the National Assembly will commence its duties where the local assemblies and leaders will start campaigning against corruption and  the National Assembly is the legislative body  of all South’.

Ahmad Lamlas further explained, ‘There are certain military figures who are still loyal to the ‘Yemen Brotherhood’, who are not pleased with the progress of the work of ‘Al Nokhba Al Shabwania ‘specially in security and fighting terrorism, here we have to stress on the fact that the youth who stand for ‘Al Nokhba Al Shabwania are youth from Shabwa who have been professionally trained and equipped to perform their duty at a great level of professionalism. That was reflected in the way they were able to secure provinces in Shabwa and Khat Al Aber a vital border line. We would like to remind those who are against ‘Al Nokhba Al Shabwania ‘that the enemy is in’ Nehm and Sirwakh’ (Provinces in the North) and not in Shabwa’.

Mr Lamlas concluded his interview with saying,’ Those fighters extend their strength and force from the support they receive from the people of the south who is standing by them’, adding , ‘The suffering of the people of Aden will not last for long and we all have to stand in unison to end it’ .

https://en.stcaden.com/news/7986
You for Information technology