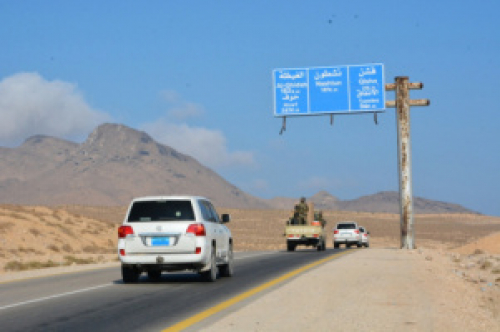 President of the Southern Transitional Council Qasim Al  Zubaidi and a number of Council members, academics and political and social figures, arrived this evening at the southern town of Al-Ghaydah, capital of Al Mahara governorate , in the context of the STC’s presidium visits to a number of The southern governorates.

Al-Ghaydah city, Sayhut , Qeshen , Nashtoon and streets and city entrances have witnessed  active public ceremonies and massive celebrations in welcoming Al Zubaidi and the rest of the guests to the governorate .

The visit is in preparation for launching the branch of the National Assembly and the local leadership of the Council, following the inaugurations in the capital Aden , Hadhramout and Shabwa governorates.

The people there showed their support for the Transitional Council’s  steps towards fulfilling the hopes and aspirations of the southerners in the Southern State based on justice and equality for all .

https://en.stcaden.com/news/7970
You for Information technology