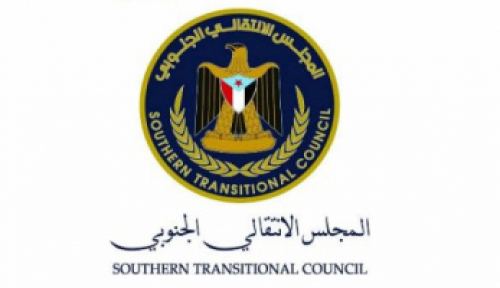 In the midst of what is going on in our beloved South we followed, with great condemnation, yesterday what was happening in the Front of "Asilan- Shabwa governorate, the blatant plot which led to the  progress of the  invasion of the  Houthi/Saleh  militia forces.

Which was as a result of an intention plot planned  by the Third Military Region who surrounded the 19th Brigade infantry which were stationed there.

We condemn this heinous plot and at the same time pay homage to those who lost their lives and salute the Southern resistance and the Southern army in Shabwa governorate .

We also salute the "Harith" tribesmen, who remained throughout the past months fighting heroically the invading militias.

Based on what happened, we emphasize the following:

We hold the Third Military Region in Marib and the Government of Ahmed bin Dagher the responsible for tampering with the "Bayhan" file.

A disorder that still claims the lives of young people of the resistance and causes the disturbance of the society in vain , without gaining any victory, in the shadow of financial and administrative corruption, which is wearing down the Arab coalition.

We support the demands of the people of Shabwa who are calling  to merge all  the  forces stationed in the governorate and all camps to the Second Military Region of Hadhramaut or to the Fourth Military Region in the capital Aden.

We call upon our brothers in the Arab coalition to transfer Bayhan’s  file to the  Southern Transitional Council.

We call to flush and defeat the  invading militia, stem the plots aimed at strengthening the Houthi /Saleh  military which are backed by Iran with the involvement of extremist terrorist groups.

The Southern resistance and the heroes of southern troops who accomplished epics pushing back militias and terror in Aden and Lahj and Abyan Mukalla, are able to cleanse the South, and protect it against  the militia's threats .

We wish glory and eternity for the martyrs of our people and our brothers in the Arab Coalition.

https://en.stcaden.com/news/7942
You for Information technology