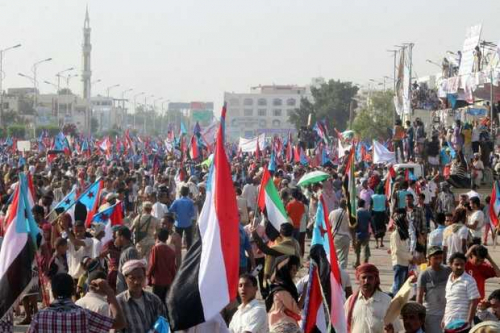 Ten months of popular protest spiked by periodic outbursts of violence have done little to clarify Yemen’s political future. Persistent street protests so far have failed to oust President Ali Abdullah Saleh or bring about genuine institutional reform. The country is more deeply divided between pro- and anti-Saleh forces than ever, its economy is in tatters and both security and humanitarian conditions are deteriorating. Amid the uncertainty fuelled by this lingering crisis, the country’s unity – and notably the status of the South – hangs in the balance. Old grievances are coming into sharper relief and, among some, secessionist aspirations are gaining steam. There remains an opportunity for Yemen’s rulers, opposition groups and protesters to reach agreement on a political transition that would give priority to the Southern question and redefine relations between centre and periphery, for example by moving toward a federal model. Should this chance be missed, the conflict risks getting bloodier. And Yemen’s unity could be a thing of the past.

The People’s Democratic Republic of Yemen (PDRY) merged with its northern neighbour, the Yemen Arab Republic (YAR), on 22 May 1990 to form the Republic of Yemen. From the start, this was a troubled unification that resulted in a short, bloody civil war in 1994. The North emerged victorious, but this hardly closed the chapter. In the wake of the conflict, two profoundly different narratives took shape. Under one version, the war laid to rest the notion of separation and solidified national unity. According to the other, the war laid to rest the notion of unity and ushered in a period of Northern occupation of the South.

The most recent tensions did not suddenly erupt in the context of the January 2011 Yemeni uprising. In 2007, a broad-based popular protest movement known as the Southern Movement (Al-Hiraak al-Janoubi) had come to the fore. The Hiraak originated as a rights-based movement requesting equality under the law and a change in relations between North and South – all within a united country. The government responded to the demands with repression; it also largely ignored its own promises of reforms. By 2009, the Hiraak had begun to champion Southern independence. In the months leading up to the uprising that became the Yemeni Spring, its influence and popularity in the South clearly were on the ascent.

Could the popular uprising open up fresh opportunities to peacefully resolve the Southern issue? If the various sides act reasonably, it should. From the start, it facilitated cooperation between Northern and Southern protesters and broke through barriers of fear, allowing a larger spectrum of Southerners to join the national public debate on the status of the South. Most importantly, it has facilitated debate and growing consensus around federal options. If political foes can reach agreement on a transition of power in Sanaa and launch an inclusive national dialogue, they could seize the moment to negotiate a peaceful compromise on the Southern issue as well.

The problem is that there is no indication Yemen is heading there. Instead, as mass protests have continued without result, frustration has grown and so too has Southern distrust that anything that happens in the North will improve their lot. The risks are many. An enduring political impasse could prompt further collapse of security and economic conditions throughout the country, producing greater unrest and instability in the South. Alternatively, a full-fledged civil war could break out between Northern rival elites, a scenario that could prompt Southern stakeholders to pursue a serious bid for separation. Already, the early euphoria generated by coordination between protesters in the North and South is giving way to resurgent calls by some for Southern independence.

This is a dangerous brew. The South’s secession almost certainly would be resisted by the North and could spark a violent conflict. Any effort toward independence also could trigger in-fighting and additional fragmentation within the South itself. Al-Qaeda in the Arabian Peninsula and other violent groups already are prospering amid growing instability and chaos; further deterioration would only expand their reach.

A clear path toward a redefinition of relations between centre and periphery is badly needed. This can only be achieved through an inclusive dialogue that recognises Southerners’ legitimate grievances and the importance of profoundly amending that relationship. Four possible outcomes are being discussed in various forums, with varying degrees of popularity: maintenance of a unitary state albeit with improved government performance; maintenance of a unitary state but with significant powers devolved to local governments; a federal state consisting of two or more regions; and Southern secession.

Of these, the first and last are the more likely recipes for heightened conflict. The former (a kind of status quo plus) would essentially ignore Southerners’ legitimate demands for greater participation, control of local resources and protection of local identity and culture. The latter (Southern independence) would alienate not only Northerners but also many Southerners who strongly prefer reform within the context of unity.

That leaves the two middle options. Both have their problems. Hiraak supporters suspect that a mere strengthening of local government powers – even under a more democratic and representative central government – could be a subterfuge and fail to truly protect Southerners’ rights. For this and other reasons, they favour either immediate separation or, at a minimum, a federation of two states lasting four to five years, to be followed by a referendum on the South’s ultimate status.

On the other hand, federalism, especially under a two-state formula (one Northern, the other Southern), is eyed by many with considerable suspicion as only the first step toward the South’s eventual separation. Some form of multi-state federalism, with perhaps four or seven regions, potentially could allay those anxieties. It has found relatively wider appeal in the North and arguably could gain traction even within staunchly pro-unity parties, such as the ruling General People’s Congress and the opposition Islamist party, Islah. But much more precision about the details of this model will be required before it does so. Overall, none of these fears ought be brushed aside or downplayed. Instead, they should be aired openly and discussed seriously through robust debate and peaceful negotiations.

External players, including the Gulf Cooperation Council members, the U.S., the UK, the EU and the UN, have a role to play. All officially support a unified Yemen. But that is an umbrella broad enough to accommodate the need for Yemenis to comprehensively renegotiate the relationship between the central government and regional entities.

Yemen’s upheaval presents a rare opportunity to redefine its flawed and failed political compact. At the same time, however, it has considerably raised the price of inaction. If nothing is done soon to peacefully address both national and Southern deep-seated grievances, a darker and more ominous chapter could yet be written.

https://en.stcaden.com/news/7900
You for Information technology