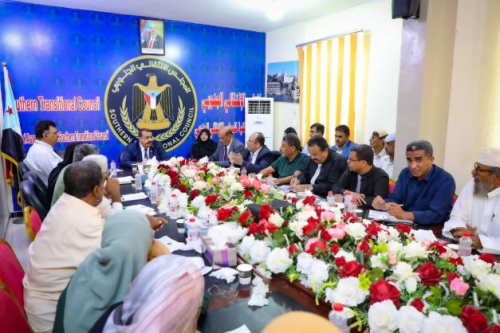 In the meeting, Major General Ben Brik gave an explanation of the latest developments at the organizational level of the STC and the ongoing arrangements to restructure it, its reflections on activities of the STC and the public landscape in the country, stressing the importance of strengthening organized institutional work in the National Assembly, which, in turn, will elevate the STC's role for the best, until achieving its goal of restoring the State of the South.

Likewise, the meeting discussed certain draft notes of the administrative body on the organizational structure of the STC,  submitted by the dedicated committee to preparing it.

The meeting recognized paraphrasing and re-editing the draft, taking into account the raised remarks, to be submitted to Presidency of the STC.

https://en.stcaden.com/news/10552
You for Information technology