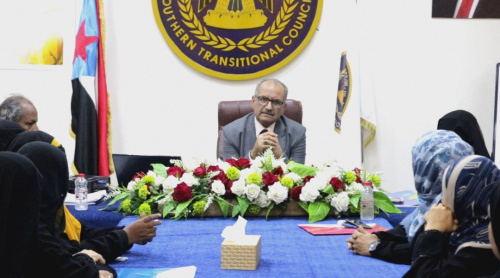 At the conclusion of the workshop, Mr. Fadl Al-Jaadi, Deputy Secretary-General, spoke in which he stressed the importance of this workshop in establishing strong and organized union work and raising it to levels through which the union can defend the rights of teachers and raise the level of education in the South.

Al-Jaadi also stressed the need to restore the spirit of professional union work in the south to defend the general interest of teachers and educators and to actively participate in supporting the southern cause, wishing them success in their national missions.

The participants in the workshop received from the training consultant, Maryam Al-Afif, an explanation of the components and qualities of the individuals in the trade union, the work objectives and the union administrative structure in accordance with international laws, and how to prepare records and reports and make electronic and paper archiving of everything related to union work.