Al-Khobaji: The attention to the families of martyrs and wounded is top of priorities for Transitional Council

Al-Khobaji: The attention to the families of martyrs and wounded is top of priorities for Transitional Council 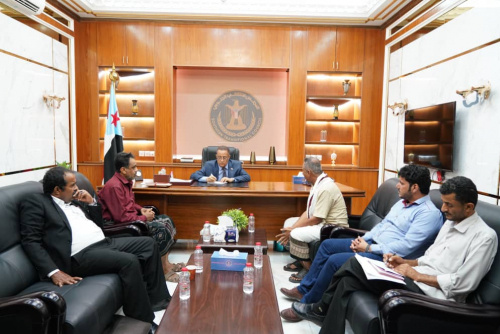 The Acting President of the Council, Dr. Nasser Al-Khobaji, met on Thursday, with those assigned to work in the offices of the martyrs in the capital, Aden, and the governorates of Lahj, Abyan and Al-Dhale.

The Acting President of the Council affirmed that the wounded and martyrs come at the top of the priorities and concern of President Aidaroos Al-Zubaidi, stressing the need to monitor their conditions and not to allow their names to be traded.

Dr. Al-Khobaji praised the sacrifices of the martyrs and the wounded, stressing that their blood will not be wasted, and that the leadership of the Council will continue its efforts to extract their rights from the competent authorities.

Al-Khobaji listened from the attendees to a series of concerns and problems facing the families of the martyrs and wounded, foremost of which was the delay in paying their salaries for more than seven months.