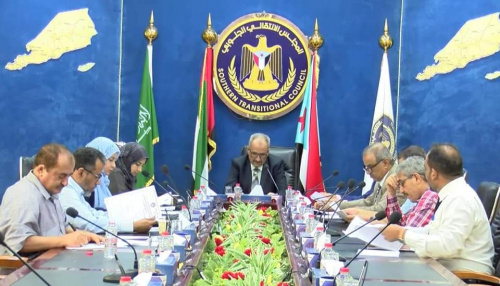 The Presidency commended the efforts made in preparing the directions of the plan to keep pace with the developments in the work of the Council imposed by the Riyadh Agreement, and the administration of the government of power-sharing between the South and the North for its immediate tasks during the next stage, in which it will direct its work towards improving service performance and restoring the local currency to its value and the economic situation in general, while continuing to work of the Council, in parallel, in its adherence to its patriotism principles, as well as working hard to strengthen its political role to achieve the aspirations of our people to restore their fully sovereign state.

The Presidency stressed the need to understand these trends in the plans and programs prepared by the various bodies of the Council, and work to implement them according to the required level.

The meeting also discussed a number of other topics, as well as the weekly performance reports of the leadership of the National Assembly, and its committees, and the General Secretariat and its departments, and decided the necessary measures in this regard.