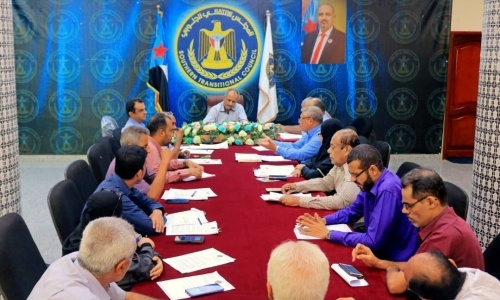 At the beginning of the meeting, Mr. Fadhl Al-Jadi congratulated the heads of departments and all the people of the South on the 56th anniversary of the revolution of 14th October.

The meeting discussed a number of topics on its agenda, the most important of which were the accomplishments reports on the activities of the departments during the past week, in particular the activities of celebrating the 56th anniversary of the National Day of October 14 Revolution, which included a number of national, cultural, political, sports and other events.

The meeting also reviewed its departments plans and their progress reports, and the society positive interaction with the activities of the General Secretariat departments and their active partnership and participation with civil society organizations in events such as workshops and seminars that discuss the situation of the southern society and the appropriate solutions to its problems.